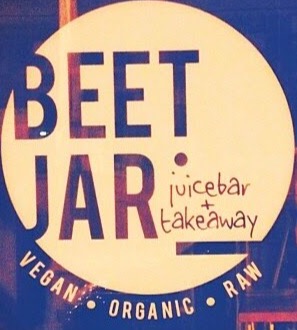 First things first. I am not a vegan. I am currently dairy free. The thing with being dairy free is that when you go out to eat, most of the time you have to eat from the vegan menu (if they have one). I never knew all the stuff that dairy is in. I’ve learned relatively quickly to pay close attention to labels and just because something says vegan, doesn’t necessarily mean it is.

This past week I was looking for somewhere to grab lunch. I was sick of salad and wanted something new. I did a quick Google search for vegan options near my job resulting in a very helpful little list. I decided to hit a nearby vegan juice bar that I’ve been meaning to go to but never have.

I tried to look at the menu online prior to going but that was a no go. The website seems like it was started but never finished. There is no menu, no photos, no “about us” nothing. It’s just a homepage and some social media mentions. This made me think twice about going but I decided to risk it and go on anyway.

One of their more popular items is a sandwich called the Bravacado. It has avacado, onions, cashew mayo, and some kind of toasted bread chips. I confirmed with the attendee that the sandwich was dairy free and proceeded with my purchase. I also got a small juice.

The sandwich was damn delicious! I would have never guessed it was vegan. And the toasted bread chips (or whatever they were) added a nice flavor to the sandwich. I mean it was really, really good! I will be getting another very soon. The juice however was okay, nothing to write home about. A few patrons recommended smoothies to my coworker so maybe they are better known for their smoothies.

When I performed my Google search for nearby vegan eateries I was pleasantly surprised by the number of options there were. I think I may try 1 new eatery out a week and see how this vegan thing goes.

Getting better and better at this braiding thing.
Have you seen the newest post over on the blog?
Time to get back to basics!
🚨 New notebooks available in my #Amazonshop.