Thank goodness The Walking Dead is back! I’ve been waiting and waiting and now its back! Back with a vengeance! The mid-season finale was lack-luster at best. In fact the first half of this season was slow, I mean SLOW, in my opinion.

To give a bit of backstory. I didn’t start watching TWD until season 3. The weekend of season 3’s premier episode I took the entire weekend and binged watched seasons 1 & 2. It was awesome!  After the end of season 3 I wasn’t ready to go on TWD break so I decided to buy all the available Compendiums. For those that don’t know what the hell that is, it’s basically a Thesaurus sized graphic novel. It’s comprised of all the individual comics that have been released up to that particular point in time. I breezed through Compendium one in about a month and moved onto compendium 2. Again, I floated on through that in about a month.

The thing I appreciate about The Walking Dead is although they turned it into a television show they found a way to make it fresh and keep the fans of the comics guessing. The show is loosely based on the comics. Meaning all the major events from the comics are tackled in the show but not necessarily in the same order that they happen in the book. Also there are different characters and even some of the major events from the comics happen completely different on the show. The only downside I find with the TV show is that sometimes its watered down. For example The Governor was much crueler in the book than he was on the show. In the comics Shane is not really a factor, and one of Rick’s hands get chopped off just to name a few differences. But I guess certain things you just can’t put on network television.

Coming back to the current season. I thought this past Sunday’s episode was great! This is one of those major plot points from the comics that had to happen. It’s a turning point for Rick, Carl, and the group. I thought the producer’s did a fantastic job bringing to life the what happened in the comic! The visuals and special effects were great! I instantly flashed back to when it happened in the comic and my original reaction.

The third Compendium was released late last year. Yes I have it but I haven’t read it yet. This past episode has revived my love for TWD and my excitement to read ahead. For those of you that are curious the comics are ahead of the TV show. Below is what the Compendiums look like for anyone interested in reading them. 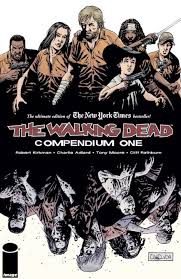 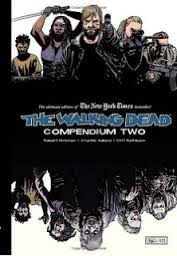 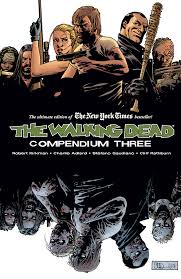 What up...
I’m telling ya’ll. This scarf! I’m getting more.
I just want ya’ll to know, once I get all the way settled with this scarf look nobody will be able to tell me nothing. OKAY! NUH-THIN!
Wearing the necklace from my Zara IGTV video. Still deciding if I like it. I think I do. Something a little different.