I am an avid podcast listener. I have been for the past 2 years. My list grows and changes weekly, monthly, sometimes even daily. Back in May I compiled a list of my favorite podcasts at that moment in time. This is my updated list. Enjoy! I hope you find some gems on the list to add to your listening pleasure. 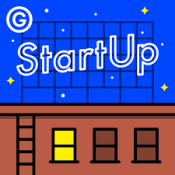 Startup with Alex Blumberg. This podcast is about starting a company from scratch. It’s extremely insightful. It reveals very honestly the highs and lows of starting a company from scratch. The entire first season solely focused on Startup. The second season branches off and starts following stories of other startup companies. Some are very well known companies and others aren’t. As a side, Alex’s wife Nazanin is hilarious! She always keeps it real with Alex even in his insecure moments.

Criminal with Phoebe Judge. This podcast is great if you are a criminal, law, forensic lover such as myself but you don’t need the guts and gore that can come alone with some of the more intense shows. This podcast is very concise and well researched. They fit a lot of information into 30 minutes which is typically how long an episode last. The topics are intriguing and range from issues regarding owning exotic animals, to theft, to discovering your mom is a sociopath, literally. 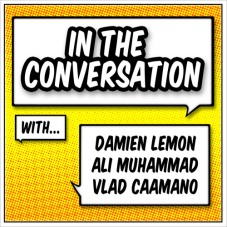 In The Conversation with Damien Lemon, Ali Muhammad, and Vladimir Caaman0. This quickly became one of my favorites. It’s downright hilarious! Which I guess it should be. 2 of the 3 hosts are professional comedians. The thing that gravitated me to the show week after week is how familiar the conversations felt. When you listen, it just feels like a group of guys sitting around shooting the breeze. Not trying to hard, not trying to be something their not. The other cool part of the show is the main host Damien Lemon is a foodie. Since he travels alot for comedy he stays with restaurant recommendations from all over! I’ve even started a list and visited some of the places he’s mentioned throughout different shows. Every now and again they have a special segment called Black Fathers with Ali Muhammad. He’s the only married one with children. The stories that he tells are hilarious because they relate so much to how I grew up. Even though he is a successful videographer he is still down to earth and as a result his lifestyle is relatable. The only thing that is not my fave is Vlad. He just seems kind of corny and at times awkward. He doesn’t always fit the flow of the conversation and its obvious.

Bodega Boys with Desus Nice and Kid Mero. Where do I start with these two. You will either love them or hate them. There is no in-between. They are loud, crude, all over the place, and funny as hell. They have no structure, no layout. You never know what they are going to talk about, what direction they are going to go, they just do and say what they feel for an hour to hour and a half. Originally I did NOT like them. I only continued listening because my husband got a kick out of them. They grew on me and after about the 3rd episode I was hooked. When I’m having a bad day and need a laugh, I know I can get one from The Bodega Boys.

The Minority Trailblazer Podcast with Greg E. Hill. First things first, I HATE his theme music. It might be the most obnoxious theme music I’ve ever head. Now that that’s out of the way, he has pretty amazing guest. Most of them are entrepreneurs at varying levels of success. Also all of his guest have been people of color which offers a different perspective than I’ve heard from most caucasian entrepreneurs. It’s very inspiring to hear story after story from different perspectives having different catalyst that put them on the same path to entrepreneurship.

Denzel Washington is the Greatest Actor of All Time Period with W. Kamau Bell and Kevin Avery. Both are comedians and have this almost brotherly banter which is pretty funny most of the time. Their knowledge of Denzel’s acting history and his mannerisms is pretty astounding. Their guest are usually other actors that have worked with Denzel in some respect. It’s fun to hear actors that you may be a fan of, fan out about the awesomeness that is Denzel Washington. It just reminds you that they are people just like the rest of us (just much better paid, LOL). The thing I like most about this podcast is their interviews. They always sound impromptu and natural. They aren’t stuffy or stiff. Listening to this podcast will make you want to go back and watch every Denzel movie.

And that’s it! My updated list of podcasts. If you missed my first list of faves click here. I still listen to all of those and these have made the list as well. Whenever you have downtime and are tired of music I suggest giving podcast a listen.

If you have a podcast that you love that I have not listed here, leave the name below so I can check it out!

Did you see this weeks blog post?
🚨 WE LIVE!!
🚨 Did you catch this weeks post? 🚨
Talking about this bed of deliciousness today on the blog!