I was never really into Podcast. Well I take that back. I never knew much about Podcast or even how to access them. I guess I just wasn’t ever interested enough in them to research what they were and how to access them. Once my fiance and I got together he would always tell me about some interview he heard on this podcast and that podcast. One day as we were headed home from the movies he turned on one of his favorite Podcast and I’ve been hooked ever since. Below are my favorite podcast at the moment.

The Read – This one is by far my favorite. It’s hilarious, real, raunchy at times, ratchet, and intelligent while also tackling issues facing black people. The hosts LIVE for Beyonce and the Carter clan so they tend to get a bit overzealous at times when discussing any thing Carter related. Outside of that I love everything about it. Most of the time I listen while at work because their shenanigans help get me through my work days.

The James Altucher Show – This show is very informative. He has guest from all walks of life. From Russel Simmons to former billionaire Wall Street folks who lost it all on sex and drugs. The thing I like best about this podcast is his interviews are well researched. His podcasts are typically between 50-60 minutes. He does an excellent job keeping his guest on track. Fitting in enough information to keep your attention but not dwelling on any one topic for too long. 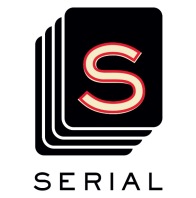 Serial – Season 1 of this podcast at one point swept the internet. Everywhere I turned was Serial this and Serial that. After awhile I gave in. It was worth all the hype. Serial is basically the podcast version of Cold Case or Forensic Files. Basically the show’s host researches a case, talks to the family, friends, and the accused. Week by week the show’s host takes you through her findings, plays back interviews she had with the people involved with the case and at times brings in experts to help her decipher the meaning of things. I’ve only listened to Season 1. Season 2 did not have as high feedback as season 1 so I decided to pass on it. Once they’re all available maybe I binge listen to season 2.

The Rich Roll Podcast – I got into him when I first started on my healthy eating journey. I was looking to learn about food and different food lifestyles. My fiance introduced me to this podcast because the host is vegan and a lot of his guest are also vegan. Even the ones that aren’t live some form of a healthy lifestyle; juicing, meditation, tri-athlete, etc. Some of his interviews are interesting and some are pretty boring. He doesn’t stick to any time frames which allow his guest to get as in detail as they like. My one gripe with his show is at times he tends cut off his guest to somehow relate the topic back to him,  his life, his experience, and his thoughts. He’s also a bit lofty with the language making the interviews less relatable at times. 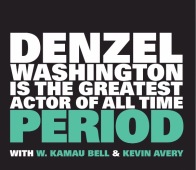 Denzel Washington is the Greatest Actor of All Time Period – I for the life of me can’t remember how I stumbled onto this podcast. I think I read the name and thought I have to listen to at least one episode. I wasn’t expecting much from the title. I thought the podcast was only going to praise Denzel and go on and on and on. Which I found out is true but not in the way I suspected. They’ve had Ava DuVernay, Spike Lee, Ryan Cooler and Aaron Covington (Director/writer’s of Creed and Fruitvale Station) and plenty of other people as guest. Of course given the title of the show each guest must list there top 5 Denzel movies and explain why they are in the top 5. After that the show kind of goes wherever. At times it’s strictly related to the awesomeness of Denzel and at other times it’s discussing other things. This podcast is light-hearted and fun.

Fan Bros – I have a love hate relationship with Fan Bros. I 75% love and 25% hate. Fan Bros is the place you go to geek out on Marvel, DC, basically anything superhero or comic book related. They review mostly TV shows (The Walking Dead, Arrow, Flash, Jessica Jones etc) with movies thrown in here and there (The Avengers, Captain America, Star Wars). Fan Bro’s kind of has 2 broadcast. One where the whole clan talks about general African-American pop culture topics that have happened in the media that week. And the other is the “Special Delivery” where one, maybe 2 of the show’s host talks about and gives their opinion on the prior weeks TV shows. I love the Special Delivery episodes. My issue with Fan Bros is the woman Tatiana. When she’s chill I thoroughly enjoy the podcast. But when she’s not, she’s irritating. When she gets in her feelings or passionate about making a point she’s cutting everyone off, yelling into the mic, and gets this know it all tone or attitude. I can’t explain it, but it gets on my damn nerves. Recently it seems as though she’s been doing more of the talking on the episodes which has caused me to admittedly take a break from listening to the show. But overall the show is a good time. They laugh, joke, geek out, and even when they geek out it’s all relatable.

I’ve started listening to a few new podcast but I haven’t been listening long enough to give an honest opinion on them yet. If you are a podcast junkie and know of some good ones. Please share!