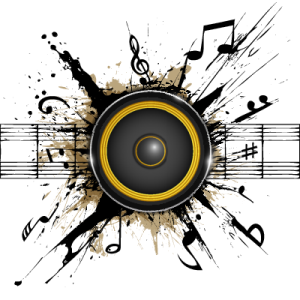 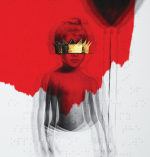 Rhianna – Anti. First things first, I am not a Rhianna fan. She’s had some catchy tunes that I’ve gotten jiggy to over the years but never have I ever been amped for a Rhianna album. The only reason I listened to this one is all the hype surrounding it. I have to say I was pleasantly surprised. Well at least for half of it. The first half of the album I thought was great! It had her signature sound all over it. Kind of reggae, very cocky, very confident, and talking mad shit. After song 9 she lost me. The songs got real slow and melancholy. 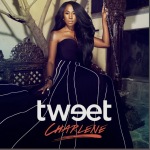 Tweet’s new album, Charlene is amazing! When I listen to it I feel like I should be in a jazz lounge listening to her sing with a live band behind her. The thing I like best about the album is that it feels 100% grown woman. She’s not trying too hard or trying to sound young. The album gives me settled in my skin, grown, I’m going to sing about what I want to sing about. I can’t say enough good things about this album. If you are a Tweet fan, surely give this a listen.

Kanye West – TLOP or The Life of Pablo ….. I have been a Kanye fan since Through the Wire. But after his most recent Twitter shenanigans, I have mixed feelings about him. I really try to compartmentalize celebrities and artist. If I really like a celebrity I do my best to not delve to deep into their personal lives. I don’t follow them all over social media. I don’t care to hear their thoughts on politics or their feelings on the current social climate in America. I appreciate celebrities and artist for their talents or specialties and that’s what I try to focus on. People are people. Just because someone has reached celebrity status doesn’t make them an amazing human being and the more I know the harder it is for me to solely concentrate on and appreciate you for your craft. Getting back to Kanye, I’ve tried my hardest to dodge his recent rants and sound off’s but no matter how hard I tried I could not escape. Him vs Whiz, him vs Taylor, him vs the whole damn world! JE-SUS!

Regardless of all this I actually like the album. I really like the album. It feels more true hip hop. Some of his latter albums have been a bit off the wall. Lyrically deep, but beat-wise a bit off the wall. This album doesn’t really give you thought provoking, deep, Kanye but it does give you hip hop, rap flow Kanye. Warning: It’s not for the faint of heart. It has some serious misogyny going on but ………………….Hip hop has been misogynistic for years. So, take it as you will.

What up...
I’m telling ya’ll. This scarf! I’m getting more.
I just want ya’ll to know, once I get all the way settled with this scarf look nobody will be able to tell me nothing. OKAY! NUH-THIN!
Wearing the necklace from my Zara IGTV video. Still deciding if I like it. I think I do. Something a little different.