Here’s what I’ve been listening to since my last Speakerboxx publication. If you missed it click here to read. Since that post I’ve listened to quite a bit of new music. Chris Brown, Adele, J.Cole, Curren$y, and Pusha T. If you want to know my thoughts on each continue reading. My listing of album reviews below are in no particular order. 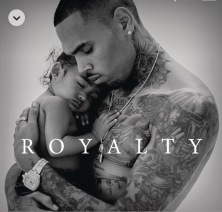 First up Royalty by Chris Brown. I am a Chris Brown fan and have been since his debut single “Run It”. Regardless of his personal shenanigans over the past few years, I think as an artist he is a talented young man. He can sing, dance his ass off, and dabbles in rap. With all my appreciation for Chris Brown’s artistry I’ve only maybe listened to 1 entire album. Take it as you will.

First things first I have to admit I was (and still am) a bit puzzled by the album cover versus the overall tone of the album. Half of the songs are about love making and the other half is basically
“…these hoes ain’t loyal.” With the exception of 1 song not a lick of his album is about his daughter. My initial reaction to the album was I didn’t like it. I didn’t like it at all. The subject matter didn’t match what I was expecting given the album cover. I didn’t think many of the songs showcased Chris’ voice. The beats seemed all over the place. Techno, hip hop, R & B. I just was not impressed. There were a few gems that I really liked, Wrist, Discovered, &, Back to Sleep that kept bringing me back to the album over the holidays. After listening to it a few more times I must admit, it grew on me. I don’t dislike it as much as I did initially. In fact, I don’t even really dislike it. It’s moved from horrible to okay. If you need something to listen to while cleaning the house or some kind of background noise I would say give this a listen.

Adele, Adele, Adele! I’ve been an Adele fan since her first ever single, Chasing Pavements. I was drawn to her because homegirl can sing! Also, whenever I saw her in interviews she had a realness to her that she still has today. I recently read an article where she discussed why she is not on social media. Everything she said in the article, the tone of the article, just felt authentic. It didn’t come off pompous or pretentious. She wasn’t gloating about how she just took NSYNC’s record for most album sales in a week. A record they’ve held since 2000. 2000!

Now let’s get to the meat and potatoes, the album 25. I don’t know why but I expected it to be more upbeat than it was. Even though the overall album was slower than I expected it was still a great album. Adele knows she can sing about some heartbreak! Her songs are so emotional. You feel like you’ve told her your personal experience and she is singing it for the world to hear. She will have you caught up in your feelings real quick. 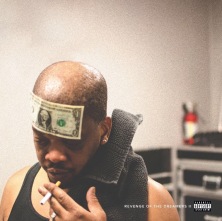 J. Cole’s Revenge of the Dreamer ll. J. Cole peaked my curiosity on Jay-Z’s A Star is Born, and I’ve pretty much been a fan ever since. I’ve recently started watching a series or docu-series on HBO chronicling J. Cole’s journey from the time he pushed the “post” button, publicly announcing the release date for his album 2014 Forest Hills Drive, through the process of preparing for the actual release of the album and tour that follows. There have only been 2 episodes (maybe 3 by the time you are reading this) and I have a much deeper appreciation for him. He’s not super flashy, rocking $1,000 T-shirts and $5,000 jeans. He’s riding his bike in the middle of the night to and from the studio. He doesn’t talk about labels and this car and this house. He focuses instead on how he wants to leave a mark on the youth of today. To inspire them to do what they want to do, what they dream of doing.

This album Revenge of the Dreamer ll is pretty dope. I wasn’t sure what to expect because the album list the artist as “various”. I kept hearing this was a J. Cole album but seeing as he wasn’t listed as the artist kind of threw me for a loop. I was confused. I didn’t know if it was going to be J. Cole on a few songs here and there but mainly other artist for the entirety of the album. Perhaps artist signed to his label that he wanted to showcase? Or if J. Cole was going to be on most of the songs with other people. I’m glad to report it was the latter. The album overall is freaking awesome. A chill and relaxed vibe, with variety , and subject matter. Do not skip this album!

Canal Street Confidential by Curren$y. Let me preface with I am not a huge Curren$y person. Not a fan, not a non-fan. I’ve consistently heard of Curren$y over the years but never really been drawn to dive deeper in his story or music. I’d hear songs here and there that I liked but that was about the extent of it for me. I heard a few songs from this album, Canal Street Confidential and decided to give it a listen. It was pretty good on initial listen. I will admit that I’ve not gotten around to listening to it a second time. If you are looking for some new music. You won’t go wrong with this.

5th Pusha T – King Push – Darkest Before Dawn: The Prelude. I was a little hesitant to listen to this. I have nothing against Push. I’ve listened to his albums before. I was a fan of the Clipse when he and his brother were a group. I just wasn’t sure he was going to have anything I could relate to at this point or wanted to hear quite honestly. A lot of people around me where saying that I should give it a listen. Eventually I gave in and decided to give this album a chance. I was pleasantly surprised. The beats were hitting and the rapping was on point. I have to say Push came through on this one. There were a few songs that were kind of WTF is this? But overall the album was mad decent. If you are into rap in the slightest, like Puch, don’t mind a little Pusha T. I’d say give this a chance. You might be pleasantly surprised.

What’s some new music you’ve been listening to that you would recommend?